“…sometimes you need to be “harsh” to make sure that the law is applied” said Leopoldo dalla Gassa, the President of VenetoStellato, a non-profit association which has been active for years in the topic of light pollution in the region of Veneto, in the North-East of Italy.

The original version of this interview, in Italian, is available from the Attivarti.org site.

AG: Leopoldo, tell us how VenetoStellato was born

LdG: In 1997 in Veneto we had our first regional law on light pollution. At that stage, several activists from the stargazing community decided to get together and evaluate the opportunities in terms of protection of their observatories. Following a series of annual meetings, in April 2000 a regional steering committee was created, and it was called Veneto Stellato (Starry Veneto).
To date we have around forty subscribers, including people from stargazing and environmental associations, are well as academic researchers and individual citizens. The average age of our members is between 35 and 40.

AG: What is your distribution in the region?

LdG: At present we have a prevaling number of members in the provinces of Verona, Vicenza, and Padova, while a smaller number comes from the Rovigo and Treviso areas. On the other hand, we are missing members in the provinces of Belluno and Venezia. Possibly the communities in Belluno are affected by the fact of being spread in mountain locations, far from the plain.

AG: This year VenetoStellato decided to support a peculiar initiative, i.e. the shut-off of lighting in Asiago, a small town in the Nothern part of the Region: tell us more about how this went.

LdG: On March 28, in the new moon phase we took part in the controlled switch-off of the city of Asiago.

[NOTE: Asiago is a town with a population around 7000, located in a highland area North of Vicenza]

The area hosts the telescopes of the Padua branch of the National Astrophysics Institute and of the Padua University.

The request for the switch-off was made by the Regional Environmental Protection Agency (ARPAV), in coordination with our permanent observatory on light pollution. This entity, which also includes VenetoStellato, has been established pursuant to the law, in order to verify the compliance to the regulations.

The initiative had the objective of raising awareness on the issue of the dispersion of light at night towards a broad audience, and to verify the impact of public lighting on night sky brightness.
Our current legislation allows the switch-off of public lighting for no more than three days per year, and always insuring safety conditions.

A report about the event (in Italian) including the recorded measurements may be downloaded from the ARPAV site.

AG: How long was the event?

LdG: The switch-off was for all of the night on March 28. In practice, all public lights were out, except for some critical roundabouts.

AG: How did the residents react?

LdG: I would like to emphasize that there were no negative reactions to the switch-off. Interestingly, some groups (ordinary citizens, not experts), arranged observation groups to look at the sky from gardens and from the city centre, in order to appreciate how the starry sky used to be years back.

AG: VenetoStellato also collaborates with ARPAV in non-compliance reports. What is the process?

LdG: As stated in the regional law, VenetoStellato, is one of the organizations acknowledged as a partner to local municipalities, providing support and suggestions in the application of the regulations.
The same organizations have the authority to report cases of non-compliance in the installation of new luminaires, and can request the adaptation of public and private installations. ARPAV receives a copy of each report and will confirm the validity of the information provided.

Some of the reports by VenetoStellato for non-compliant lighting installations

AG: How many reports have you produced to date?

It is difficult to provide an accurate count. I would say over two thousand, as an under-estimate, considering both public and private installations.
You should consider that each report is referred to sites, so the actual number of luminaires that we contributed to bring to compliance will be in the range of several thousands.

AG: Which are the most frequent issues?

The types of luminaires which are normally on our radar are projectors and lighting towers, since these are very often in a condition of total violation of the law.
Last, but not least,we are verifying an increasing amount of billboards, especially around shopping malls, since these happen to be one of the major source of light pollution.

AG: VenetoStellato is now in its third year of participation to the CORDILIT network, with an array of SQM stations deployed in several of the amateur observatories managed by your affiliates. Have you noticed any trend in the data?

LdG: Indeed, we use the CORDILIT data to monitor sky night brightness, observing if our reports have some impact, and also for outreach purposes.
Concerning the actual detection of trends, in order to provide an appropriate feedback we are waiting for some cross-checks which are in the process of being made both by ARPAV and by the Padua University.
What we are noting is that there is a slight variation in the dark peaks in our data. Considering the Nove station, when we installed the SQM sensor in 2011 we were never exceeding 19.8 in terms of magnitude per square arc-second. In the last 6-8 months we are consistently exceeding 20, and made it to 20.21 as the darkest reading.
On average, we have gained 0.4 on the magnitude scale: who knows how many billions of lumen we have prevented from reaching the sky!

The Nove observatory, close to Vicenza

AG: What do you see as the main threat for the protection of the night sky in our area?

LdG: The main threat for us is the proliferation of LED installations. The regional law does not prohibit their use, nor does it provide a threshold for the color temperature of the diodes.
It is possible that, if LEDs with a relevant blue light component (i.e. the devices with a color temperature above 4000K) will be adopted, just considering the components due to reflection, the amount of light pollution will be much higher than the traditional sodium lamps.
For this reason we invite administrations to adopt LED lighting with color temperature not exceeding 3000K.

AG: Which are your expectations and your goals?

LdG: Our expectations in the North-East of Italy, and especially in Veneto, is that communities will finally appreciate the amount of energy wasted for improper lighting, and that citizens will decide to fully comply to the regulatory requirements.
It is not by accident that Italy happens to be, after Spain, one of the main consumers of elecrictiy for artificial lighting in Europe….this is a record that we would really love to lose.

AG: What’s your view on the scenario in the rest of Italy?

LdG: Sadly, in the rest of the Italian peninsula there are too few organizations that are actively engaging their administrations in order to apply the existing regulations, for those regions which decided to adopt laws on light pollution. In this condition, most of the actions are left to the good will of individuals, but this is too little to provide an impact in the short term.

AG: Is there a specific anecdote related to your activity that you would like to recall?

LdG: Well, sometimes you need to be “harsh” to make sure that the law is applied. We once had a case of a municipality refusing to apply the regulations in a case related to a private installation. At that point we had to escalate the issue to the public attorney, with the request to verify the possibility of negligence in the application of the law.

At that point, it took only a couple of days for the municipality to issue their request to bring the private installation into compliance. This case did have some local media coverage, and we then started using the articles which appeared in the press as a form of persuasion with counterparts which decide to take a
“tough” approach in the interaction with VenetoStellato. They should simply understand that acting against the law is useless, and will not pay.

All images are courtesy of VenetoStellato 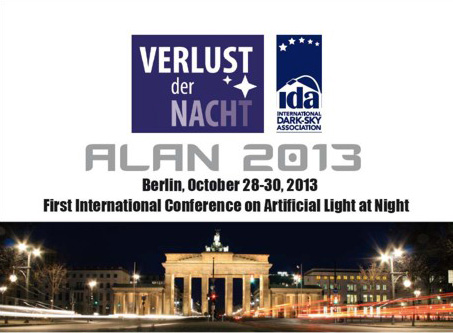 A look back on the ALAN 2013 conference 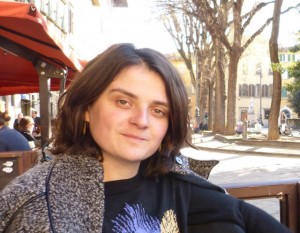 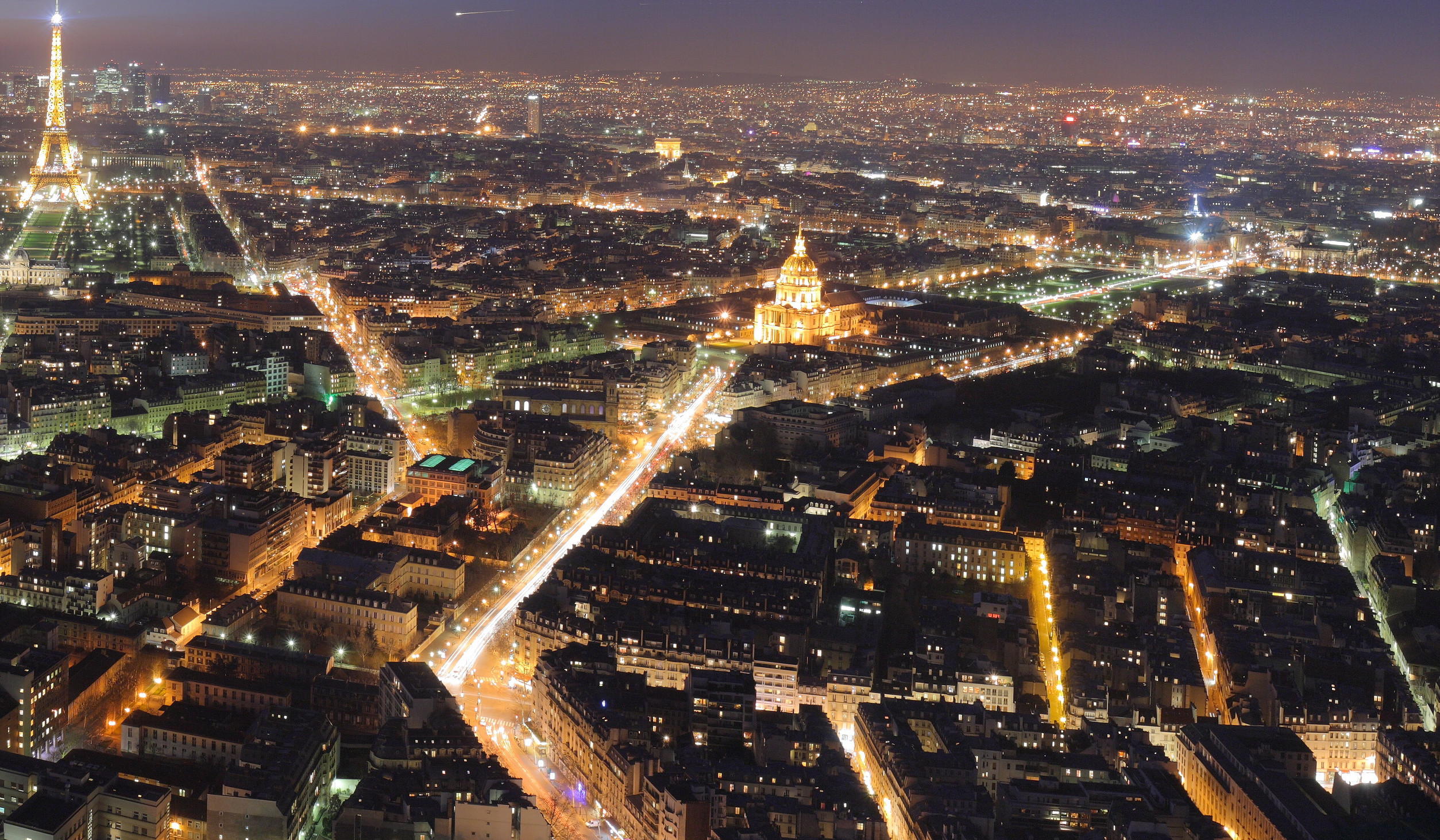